The AACR and the Korean Cancer Association (KCA) collaborated to host the AACR-KCA Joint Conference on Precision Medicine in Solid Tumors. Held in November, the conference was the first AACR-KCA joint program presented in Seoul, Korea.

With programs in 12 countries and members in 120 countries, the AACR collaborates on a global scale to promote scientific excellence and benefit all people by reducing cancer incidence, morbidity, and mortality. Through collaborations with 16 international organizations, the AACR provided scientific conferences, educational workshops, and financial support to the cancer research community on six continents in 2018.

In April 2018, the AACR and Cancer Research UK (CRUK) announced a new international alliance aimed toward accelerating the pace of progress against cancer. The announcement was made jointly by AACR President (2017-2018) Michael A. Caligiuri, MD, FAACR, and CRUK Chief Clinician Charles Swanton, MD, PhD, FRCP, during the opening ceremony at the AACR Annual Meeting 2018.

The AACR collaborated with 12 international cancer research organizations in 2018 to develop the following joint conferences, educational workshops, and symposia: 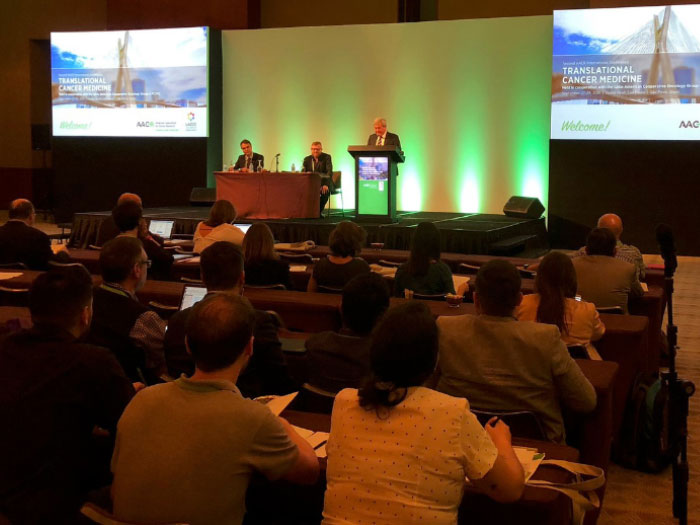 The AACR worked with additional organizations while developing joint sessions for the following international conferences:

In 2018, the AACR offered an expanded slate of opportunities to international investigators to travel to Chicago, Illinois, and participate in the AACR Annual Meeting—the touchstone event for the global cancer research community—while also offering opportunities for AACR members to present their work abroad: 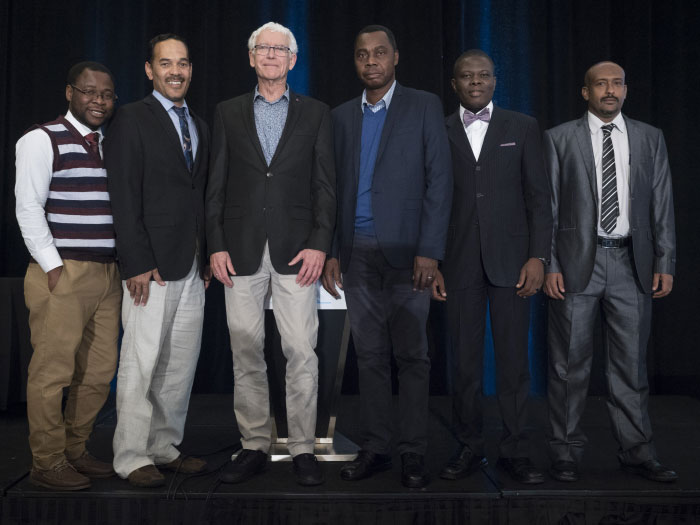 Enhancing the AACR’s Relationship with Israel

While in Jerusalem in October to attend the conference on “The Cutting Edge of Contemporary Cancer Research”—a joint venture between the AACR, the European Association for Cancer Research (EACR), and the Israel Society for Cancer Research (ISCR)—AACR CEO Margaret Foti, PhD, MD (hc) (center), met with Israeli President Reuven Rivlin (right) and First Lady Nechama Rivlin at their residence. During her remarks, Dr. Foti highlighted the progress that has been made against cancer and the importance of international collaborations to advancing that progress. The meeting was coordinated by Miri Ziv (left), Director General of the Israel Cancer Association; in her remarks, Dr. Foti acknowledged Ms. Ziv for her contributions to international cancer research and advocacy. 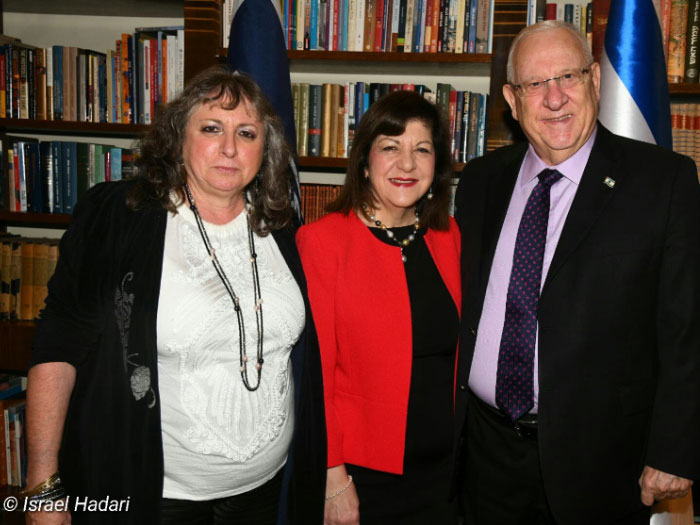